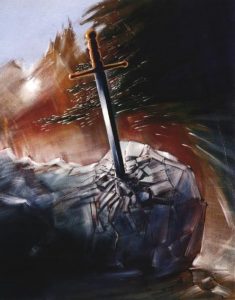 IT’S THE RIGHT WAY IF THE ARROW TARGETS THE HEART
My First multiplies by gaiety.
My Second offers you space,
My Third air, and my Fourth water.
When he’s lying, my Fifth snores.
My Sixth is worth one hundred, and my Seventh is just one node.
My Eighth tastes like laurel,
While my Ninth, with astonishment, stays behind.
My Tenth is always naked when there’s a link.
My Eleventh, finally, is the unknown.
Found my all, and through the opening, you will see the light 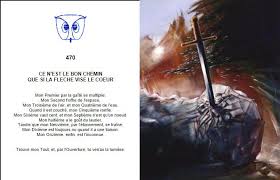