The spiral with four centres

The 500 enigma introduces the concept of a ‘Spiral with four centres.’ It is described this way:

At Carignan take the orthogonal.
To find the Spiral with four centres,
560,606 measures, it is far.

This suggests we take a right angle from a line plotted to Carignan, then measure 185km or 18.5cm on the Michelin map and either find or draw a spiral.

This spiral is described very precisely as ‘four centred’ and many owl hunters suggest this may mean drawing a spiral that’s an involute of a square. I had a go and it is actually quite easy to draw a spiral with four arcs using a bow compass or even a taut piece of string.

WikiChouette makes the point that any four sided polygon, not necessarily a square, can be used to create a spiral with four compass arcs – technically four circle centres. Unfortunately the directions in the 500 clue do not provide clear guidance on any starting point square or polygon.

In mathematics, a spiral is a curve which emanates from a point, moving farther away as it revolves around the point. There are several variations of a mathematical spiral, and there is no clear information on which version to use or what size to draw this spiral.

Some versions of spirals include an Archimedean spiral. 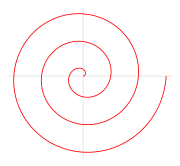 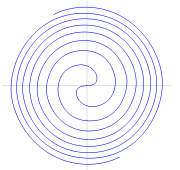 A Fibonacci Spiral (the golden spiral) 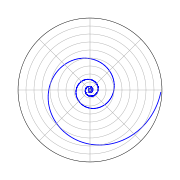 The spiral of Theodorus

It is worth bearing in mind that Max must have intended any geometric spiral to be drawn using a bow compass which limits the size of this feature on the map.  There are two appearances of bow compasses in the clue images, one in the 500 which adds weight to the idea that we use a compass here, and there is a picture of a compass in a North symbol in the 420 clue. It’s not clear how this fits with the clue about Golfe Juan, Apollo and his arrow. Does it suggest we draw another spiral?

Some people do not believe this is a mathematical spiral at all and instead think the spiral is some feature or place that must be found on the map. Of course spirals can be found in many places, from curving paths like the famous one in Dabo, spiral staircases, architectural features, and in nature, like the spiral shell in the 560 clue image.

While spirals are everywhere it’s harder to make a case for a spiral with four centres. This mysterious spiral remains one of the biggest sticking points of the hunt.